Chapter 6/2 — For Brethren to Dwell Together/2 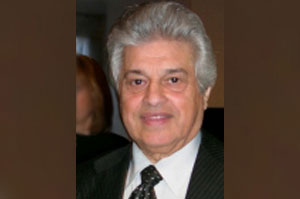 For Brethren to Dwell Together/Part 2

The horse pulling the wagon was tired, not from lack of strength, but due to its advanced age. I thought, however, how good it was to have a vehicle of any sort, and it seemed to me that our horse was doing its job faithfully. All along the road we saw a long convoy of refugees, many of them on foot. Some walked toward the town we had just left, and others in the opposite direction. Everyone was weighed down with bundles and blankets; the sights were truly heart-breaking. Some tried to stop us and ask for a bit of food, even begging to join us on the wagon. They looked utterly exhausted, but the wagon was too narrow to accommodate additional passengers—our family barely managed to cram ourselves into it.

The line of refugees thinned out as we traveled further, until we were alone on the road. At some point, after hours of travel, we reached an area with open spaces, green fields and pasture land. Here and there were isolated huts, with cows and horses grazing nearby. Father stopped the wagon on the side of the road, descended to a side path near a small creek and suggested: “Get down and stretch your legs and refresh yourselves with water. We must also give the horse a chance to rest. We still have a long way ahead of us.”

We got off, and after washing ourselves in the freezing water and quenching our thirst, we sat down next to Father, close to the wagon.

We very much trusted our father. He knew the way, since he had often traveled to Bialystok during his many business trips. Looking pensive, he said: “The roadto Bialystok continues to be dangerous; I’ve been told that German forces are still operating on it. We must go as far eastward as possible from the Narew River, and detour around Ostrow—Mazowiecka. If we get through this area unharmed and reach Zambrow, the road to Bialystok will be safe.”

And Father continued: “One of the refugees I met had fled from Ostrow, and he told me of the utter destruction wreaked by the Germans there. The Nazis slaughtered the Jews and deported everyone. He also said that before the Russian invasion of Poland, the Nazis murdered many of the Jews of Pultusk, who fled for their lives and reached Zambrow and Ostrow. So we should detour around the city and head far away from it, toward the Russian side, in the hopes of not encountering Nazis on the way. I know the road well, having traveled the 140 kilometers from Wyszków to Bialystok many times. From where we are, the distance to Bialystok is less than 100 kilometers. If we are lucky and don’t run into any unusual trouble, we will arrive there in two days.”

As Father finished updating us and prepared to get back on the wagon, his face suddenly turned serious. Visible from afar were two approaching military vehicles, which he identified as Russian. He signaled with his hand to one of the vehicles to stop. Several uniformed soldiers sat in the car. We saw Father talking with them, and one soldier gave him a loaf of bread and pointed his finger in a certain direction.

Father returned to us and spoke confidently: “The soldiers confirmed my plan. We must detour around Ostrow from the east and stay far from the German forces, then return to the main road to Zambrow and from there to Bialystok. This route is a bit longer, but it’s safer. We’d better get moving now so we cantake advantage of daylight and get further before it gets dark.”

We continued slowly for many hours. Ita cut some of the bread and gave us each a slice. Father suggested taking small bites and chewing slowly. The daylight had waned almost completely when he diverted the horse off the road onto a side path leading to an adjacent grove. He stopped the wagon near one of the trees, untied the horse and pronounced:

“Here is where we will sleep. Ita, please take some cooked potatoes from the bag, and we’ll also eat a little bread. We must satisfy our hunger and rest. A difficult day awaits us tomorrow.” Darkness enveloped everything; but the dark, and the nighttime sounds, did not frighten me. Father said that my sisters and I should sleep in the wagon and he would doze underneath, next to the horse—the wagon was too narrow for all of us to lie down. It was freezing cold. Ita covered all of us with a blanket and asked Father: “Are you all right down there? Take the coat and cover yourself with it.”

“It’s okay, Ita,” he replied, “I’m managing fine. First I have to feed and water the horse, and then when I’m finished I’ll try to take a nap. Pray that it doesn’t rain. We have nothing between us and the bare sky. Try to fall asleep. We will leave at dawn and I hope we can make it to Zambrow tomorrow.”

At dawn, Father harnessed the horse and we started out. We detoured off the main road and took a side road for a few hours. We passed several huts, apparently farms. Father stopped the wagon at one of the huts and asked us to wait a few minutes. We saw him go inside the house and come out with a jug of milk, which he asked Ita to distribute to everyone, along with a slice of bread. An older Polish woman who had come out of her house sneaked us a look of pity and said a few words to Father, pointing in the direction in which he led the horse.

For several hours, we continued traveling on a dirt path, among forests and groves. We had passed green fields and plowed lands, when suddenly residential structures appeared on the horizon.

“This is Zambrow,” said Father with satisfaction, adding: “We’ll reach the main road soon and arrive in the city in a short while.” After several minutes, we encountered the main road, on which Russian military vehicles and farmers’ wagons traveled. We breathed a sigh of relief. Father noted again that our extensive detour had prolonged our trip. Toward evening, we indeed arrived in Zambrow. Many military vehicles were parked at the edge of the city, surrounded by soldiers who cast curious looks in our direction. Father did not stop, but continued to the center of town. He was very familiar with it and said he would take us to the house of a Jewish acquaintance.

The town’s Jewish population numbered around 3,000. Who knew what fate had befallen them during this period? Signs of the German bombings were well evident. Some of the buildings we passed looked totally destroyed.

It was early evening. Father stopped the wagon on one of the streets, entered the acquaintance’s house and, emerging with a blank expression, said: “No one is home. We’ll go to the synagogue, where perhaps we can get updated and receive information of some sort.”

Many Jews had gathered around the synagogue, all refugees like us who had arrived from cities and towns in the area, having been expelled from their homes. They related the Germans’ horrific acts: the indiscriminate murder, the deliberate burning of homes and synagogues.

Father went inside and returned after a little while. “There’s no point in remaining here,” he said in disappointment.

While guiding the horse to the center of town, he explained to us: “The place is packed with refugees and the lack of food is obvious everywhere. We must stick to our plan. We’ll spend the night here and leave for Bialystok tomorrow. The place is safe, full of Russian armed forces. In Bialystok we’ll arrange for permanent housing until the war ends.”

We departed the next morning. This time we were free of fear and could travel on the main road. Father expected us to arrive in Bialystok by evening. The ride was long and exhausting. We passed villages large and small on both sides of the road, as well as isolated houses located next to streams and small bridges. There was increased wagon traffic hauling goods such as wheat and coal, or transporting people. We also saw carriages harnessed to one horse. We stopped a few times to rest and stretch our legs. It seemed as if there was no end in sight to our trip.

The many military vehicles traveling in both directions instilled in us a sense of security. Here, too, we saw many refugees winding their way on foot. We traveled in tandem with the stream of refugees who were also migrating to the city; until at last we caught sight of it from afar.

We arrived in Bialystok toward evening. 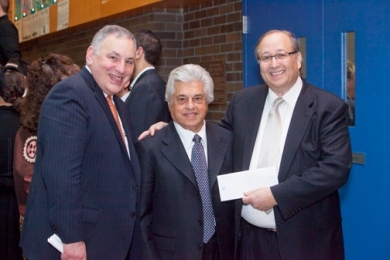