Chapter 01 – An Inferno of Explosions 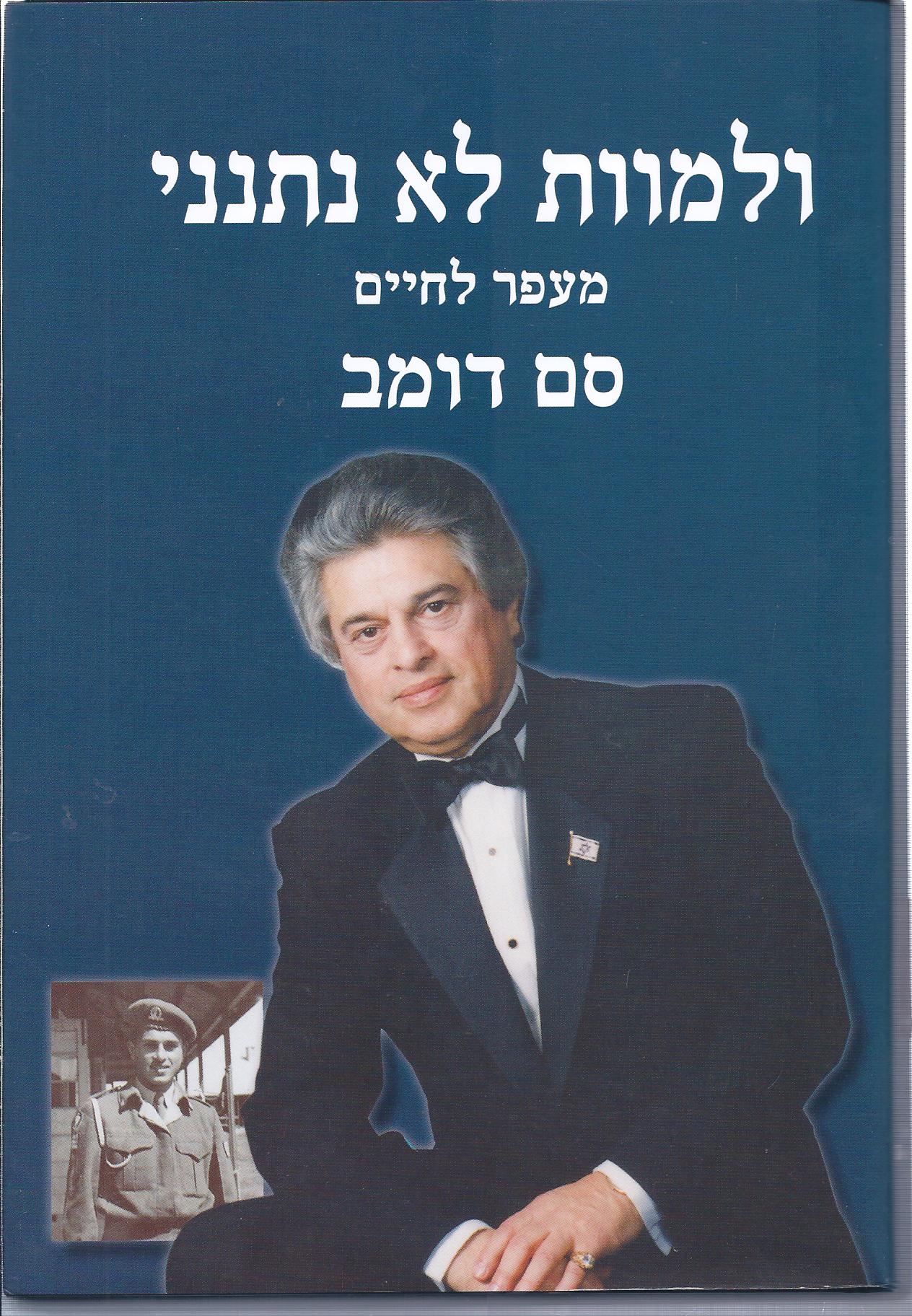 An Inferno of Explosions

“For God called up the slaughter and the spring together, the slayer slew, the blossom burst, and it was sunny weather!”

I will remember that particular day, September 5, 1939, as long as I live. I was a little boy. The non-stop German shelling of my native city, Pultusk, Poland, had been going on for days. I sat trembling in fear with my sisters, huddled under a blanket in a corner of the room in my parents’ home, trying to close my ears and shut my eyes to the noises and the flashes of the explosions. This is how we spent the entire day, with exploding bombs and the roar of planes in the background.

My parents’ and sisters’ eyes spoke volumes; they radiated fear and desperation. Shells went off one after another, shaking the walls of the house. The screams and cries of both children and adults came from every direction.

On September 7, 1939, I heard the tank tracks and engines of the Nazi occupying forces’ vehicles moving along the roads of Pultusk unimpeded. The Polish resistance collapsed and the Nazis took control of the whole city. No one guessed that the life of a vibrant Jewish community was about to be extinguished on that day. Within nineteen days, every trace of the existence of a city on the banks of the Narew River, steeped in green tranquility, was eradicated. One thousand years of Jewish life in Europe and the unique Jewish enterprise on that continent likewise ended.

The noise of the cars and trucks was deafening. I stood on my tiptoes, moved the curtain aside a tiny crack to see what was going on 28 He Hath Not Let Me Die outside; and then, for the first time in my life, saw the face of Ashmedai (king of the demons), a round helmet on his head, wearing an SS uniform with a swastika on his arm. I also managed to see a little of the destruction sown by the bombings of the previous horrible day.

On that day, with the discerning eye of a boy who suddenly discovers a new reality, laden with fear of what was to follow, my battle for survival began. This battle was to accompany me for long years in forests and cities, camps and villages, winding roads and dirt tunnels. This struggle to survive encompassed the world’s continents and has never ceased, even as these lines are being written. While it was my own personal struggle, it was also that of a member of the Jewish people.

It all began on September 1, 1939. Hitler ordered German forces to attack Poland without declaring war, thus, in effect, sparking the beginning of World War Two. In those days of pre-war Poland, a considerable number of Germans lived in the towns and villages surrounding Pultusk. The provocative behavior of these Germans already signaled what was about to transpire. Hitler viewed Poland as a worthy lebensraum (living space) in which to advance his goals; as part of the plans he devised, his foreign minister Joachim von Ribbentrop was sent to Moscow to meet with his Soviet counterpart Vyacheslav Molotov. The meeting led to a non-aggression pact known as the Molotov-Ribbentrop Pact. The secret clauses of the agreement determined that in the event of war, Poland would be partitioned between the two sides. The ten-year pact was signed on August 23, 1938.

Although Germans were not seen in Pultusk until September 7, 1939, we already inferred their might from the heavy bombardment of the town. The Jewish community grew increasingly apprehensive, and its fears were, indeed, confirmed. The Nazi atrocities against the Jewish community commenced immediately upon the occupation of the city, hours after the invasion. The oppressors brutally crushed all Sam Domb 29 civilized human values. It is beyond human comprehension to grasp why all the evils in the world suddenly descended, of all places, on Pultusk, a beautiful and enchanting town. How could a place so blessed by God with ancient splendor, where the Narew River flows and its many gushing tributaries criss-cross the city, now resonate with the cries of fear and disaster? How does a town adorned with surrounding pine forests, steeped in abundant green meadows, become a center of hell and terror overnight? In place of beauty and serenity, the Nazi monsters generated ugliness and evil. The air was filled with the shouts of the invaders and the noise of their vehicles:

Confused and frightened, we cowered inside our house. For where could we go? With every knock on the door, our pulses became more rapid, as if our hearts were being torn from our chests. The door burst open and Germans stormed into the house holding bayoneted rifles pointed in our direction. They shouted:

They ordered us outside. I clung to my mother’s dress, and our whole family was dragged into the courtyard in front of the house. We stood there for hours. Every minute that passed seemed like eternity. Along the street where we lived, Warszawska Street, we saw many Jews, old and young, standing in front of their buildings. Everyone was there: pregnant women, babies loudly crying, respected rabbis, elderly people who could barely stand on their feet. The wailing cries of babies and mothers intermingled with the shouts of the Nazis, who ordered the men to step out of the lines and be taken into forced labor. They took Father, too – we did not know to where. We returned home weeping in fear.

With the arrival of the Nazis in the city, the lives of the local Jews became untenable. Jewish property was torn from its owners. Without any consideration whatsoever, people young and old were cruelly snatched from their daily routine and conscripted by the Germans for round-the-clock difficult, dangerous work. Decrees and edicts against the Jews were publicized: Bank savings were confiscated; Jews were forbidden to walk on the sidewalks; a strict nighttime curfew was declared.

As if the evils of the Nazis were not enough, many Poles, who had been considered long-time “friends of the Jews,” joined the Nazis and lent their assistance to the discriminatory policy against the Jews. On more than one occasion, they even spread libelous rumors and created provocations that resulted in the murder of Jewish residents. The bodies were dragged into the courtyard of the Great Synagogue on Kotlerska Street and the Jews were commanded to bury them at once.

The regular patrols of the Gestapo in the city instilled sheer terror in the Jewish community. Every man they encountered was immediately seized for various types of forced labor, without pay of course, and he did not know when – or if – he would return home. Objections were not tolerated; refusing an order meant death. Every command was accompanied by merciless, bloody beatings. Rumors circulating in the city about the murder of one neighbor and the disappearance of another raised the level of fear and the sense of helplessness. The victims’ names were spread by word of mouth.

They made Father report to work every day. He would leave early in the morning and return at nightfall, exhausted, crushed and depressed. Upon his return he would update us on what had transpired in town and the new Nazi decrees. He reported that the Germans had demanded of the rabbi of Pultusk, Rabbi Lowenthal of blessed memory, to immediately gather 20,000 eggs and 500 pairs of socks. This, after first torturing him, viciously beating and humiliating him. They also ordered him to sweep the streets in front of the community. It was a chilling scene that caused outbursts of weeping among the townspeople.

We spent the first weeks of occupation in this atmosphere of humiliation and terror, with our lives and property easy prey for the Nazi beast. Until the terrible day, Tuesday, September 26, 1939, the day before the eve of Succot (Tabernacles). Father returned very agitated one evening, after one of those days of back-breaking work. He described the growing Nazi atrocities, which included beatings, debasement and cold-blooded murder. He told us about surprise searches of Jewish homes and the confiscation of money and property. Every day we heard additional names of Jews who had been shot to death.

Father also spoke about Jewish refugees who had arrived in Pultusk after being expelled from Nazi-occupied villages. They hid in the surrounding forests and in the courtyards and houses of Jews. The Germans appeared to have set about their conquests with a detailed and organized plan, repeated in every city and village they occupied.

The refugees reported what had transpired in their villages, which was identical to what had taken place in Pultusk. The occupiers scurried about the city with precise lists and knew everything about the Jewish community. High on their lists were the names of prominent Jews in the town: rabbis, businessmen, lawyers, doctors, etc. These were the first to be arrested. The Nazis aimed to undermine the morale of the city’s Jews by removing these key people. They compiled the lists with the aid of local collaborators and Germans who lived in the occupied areas.

Jews who innocently wanted to close their window shutters or courtyard gate in the evening were considered to have violated the curfew and were shot to death on the spot. The tales and rumors aroused terrible fear in us. Mother was strict about our not walking around the streets. She forbade us from leaving the house unless it was absolutely necessary.

One day, Father came home from his day of hard work, tired and perspiring, with news he had heard about England and France declaring war against Germany. On September 17th, there was a report on the radio that the Russians had gone to war and invaded Poland from the east. At the same time, rumors spread about the advance of German forces eastward and the atrocities of the Nazi soldiers against the Jews in every city and village that fell into their hands.

This was during the Tishrei (first month of Jewish calendar) holiday season. We had already celebrated Rosh Hashanah and Yom Kippur, and Succot was to begin in two days. An atmosphere of gloom pervaded our home and town, and there were no signs of holiday preparations. Everyone hid in their houses, frightened and terrified, waiting for what would come next. In ordinary times, the town was vibrant and full of life. Jews were busy with holiday purchases and everyone built a succah (holiday booth); people walked around with lulavs (palm fronds) and etrogs (citrons) in their hands, joyous with the approaching holiday; pleasant songs of prayer emanated from the synagogues. But now, under the Nazi axe wielded with such cruelty, these songs had been exchanged for heart-wrenching cries. A somber gloom settled on the city. Not a soul was visible in the streets. The town was dead. Here and there, a Jew was spotted running across the street, scared to death and pale as a ghost. Mother stood guard at the window, checking to see if SS men were approaching the house.